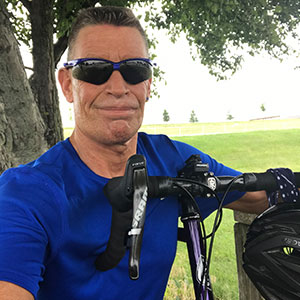 What have you gained from working at infomax?

Infomax has provided me with the opportunity to settle, grow and put down roots in the Des Moines area community and live a wonderful, balanced life. When I was hired at Infomax, I had only lived in the Des Moines area for a month, having relocated here from SE Minnesota / western Wisconsin. A relationship brought me here, it dissolved in less than a year and what was I left with? An AMAZING employer (Infomax) and a “family” who, from the ownership, all the way down to my immediate co-workers and their spouses provided me with encouragement love and support both at work and away from the office. It’s been over 7 years since I decided (with much encouragement) to stick it out as a single guy and build a life around a job at Infomax and a new “family” here along with the Des Moines area community, my church and support groups and the friends that I have made there as well. It’s been remarkable and I wouldn’t give up a single minute of it!!!

At the end of the day, what makes you smile?

When I do an inventory of my day just before I go to sleep, what makes me smile is: a) Knowing that I’ve kept my side of the street clean (kept my nose out of others business, done the best I can, made right any wrongs I may have done, owned my mistakes etc.). b) Being able to identify at least one situation where I made someone else’s day better, made someone smile, made a positive “imprint” on the world / made a difference and left the world no worse than it was when I woke up / actually made it a better place by having been here. c) Knowing that I contributed to making Infomax a better place to work, I’ve been of greater service to my fellow employees and a more positive contribution to my customers’ worlds and the world around me in general. ON A LESS THAN IDEAL DAY, IT MAKES ME SMILE TO SIMPLY KNOW THAT I HAVE DONE NO HARM!!!

What did you want to be growing up/people would be surprised if they knew?

As a kid growing up, we had a television but it was made very clear that tv watching was NOT a priority. We had bikes and sleds and imaginations and space to roam ( I grew up in a small SE Minnesota farm community (population 1200)) so we were given a limited slot of time for TV. My one and only primary TV interest were on Saturday nights at 8 pm and that slot was held by my heroes, Johnny Gage and Roy DeSoto of Squad 51 and Captain Stanley and the boys of Engine 51. “Emergency” shaped and formed who and what I wanted to be when I grew up…a firefighter and a paramedic. What many people may not realize is that the guy who shows up and delivers their copy machines spent the first portion of his adult career life fulfilling that dream: First a volunteer EMT in Lewiston, MN then 911 Paramedic in Stillwater, MN and Forest Lake, MN and part-time firefighter in Lake Elmo, MN and Stillwater, MN and finally, Critical Care and Flight Paramedic (yes, I was one of those guys in the helicopter) at Life Link III in Minneapolis / St. Paul. It’s was a 17-year “run” filled with experiences I would never trade and people I can never forget or thank enough and with events, I still dream about and wish I could forget. Just grateful I could serve and that my soft, caring spirit held out as long as it did.